A new day dawns in the Stone Age.

Your tribe fights for survival while steadily developing new advancements that lay the foundations of the human experience. But dangers abound: animals, storms, and hostile tribes await you in the wild.

In Paleo, players lead groups of hunters, gatherers, warriors, and more, navigating a treacherous primeval landscape in search of resources and secrets.

To create a legacy for your people, you will need the new tools you’ve invented, the help of your friends, and perhaps a bit of good fortune.

You like cooperative games and planning strategic choices but still discovering surprises along the way? Then Paleo definitely is for you! Paleo is an approachable game with variety, creating a unique experience of endless adventures. 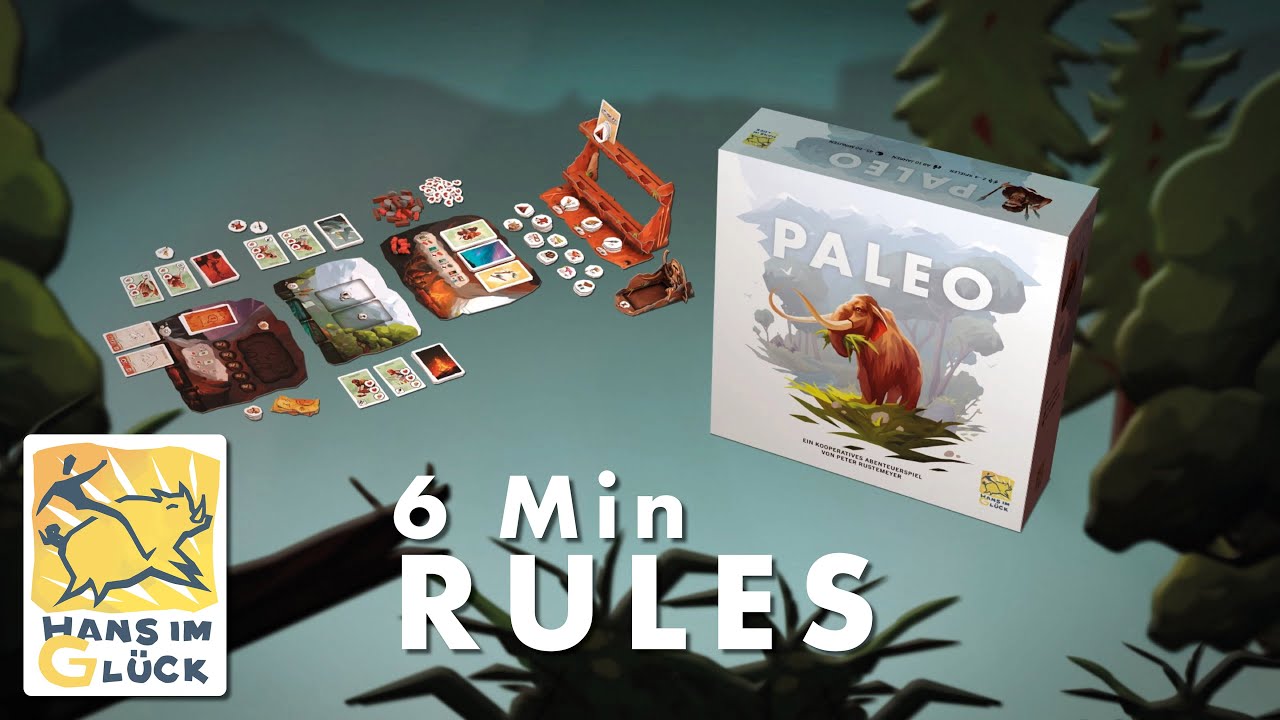 Paleo is set in the Stone Age. But what exactly is the Stone Age? That is a tough question. According to definition the Stone Age covers the time period from 3.300.000 BC until about 11.500 BC. And to add to that, of course nobody came and said: “Well, guys the Stone Age is over now!”
Most of this time, humans only distinguished themselves slightly from other primates, were not able to talk until quite late and only used the most basic tools.

The game itself is set in the Middle to Upper Paleolithic Period (which comprises a time span of several 100.000 years). At this point, man had mostly spread across the earth and already spent lots of generations in various climatic zones. Neanderthals were still highly active during this time and most certainly mingled with modern humans.

Our game is not supposed to be a scientific piece of work and does not claim being 100% accurate. Thus, our tribe moves through various zones, which in realty most likely would not have been discovered by one generation just like that. Also, the likelihood of mammoths and sabertoothed-tigers “running into each other” was probably quite low, as well as encountering crocodiles in climatic zones that evoke blizzards.

That is why we have built Paleo in a way in which all players are able to experience numerous scenarios and can move throughout various time periods and around the globe in the different modules.

Unfortunately, the humans of the first edition do not represent the diversity of the whole world. As people were not as mobile as nowadays, tribes/groups that were fully mixed were probably very uncommon. Our humans of the first edition, approximate the Neanderthal man, more than the prevalent Homo Sapiens (and most likely their hair color is way too light). At any rate, they are not consistent with how we want to represent as a diverse society, even if a mix would probably also be very unrealistic.

Luckily, the game is so well received among players and we are already working on expansions and new versions. Those will contain a greater diversity of humans in order to better represent today’s society.

We do wish you a lot of fun playing and great adventures in the Stone Age!